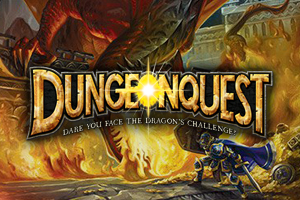 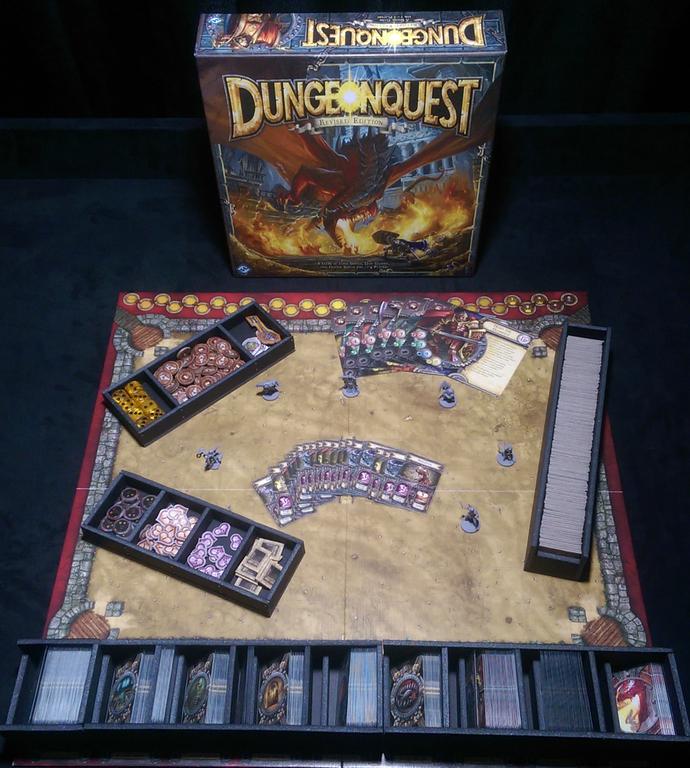 We don't really have a variant for this game as much as just a simple "house rule". This is just to nerf deaths in-game, because we find that we die very quickly very often. Instead of being removed from the game entirely, we allow players that perish to respawn in a starting location after losing all their loot and recovering 50% of their health.

This insert is one of the first that we did with multiple "chunks". It has card drawers for each mini-deck as well as small trays for all tokens. It turned out quite nice and the dungeon tile stack fits in a neat drawing bin to minimize setup time. This is also the first design where we decided to keep a portion of the original FFG cardboard insert's artwork. We utilize it on a large foam core separator that the game rules are placed over. This insert was actually originally created for the non-revised edition and required very little modification to be moved into the new box and house the new components. 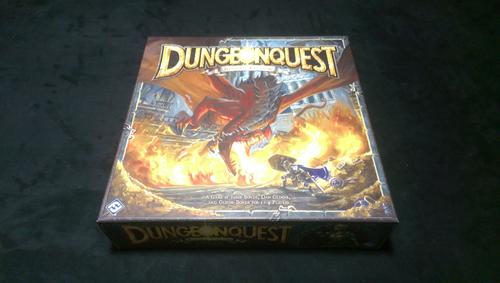 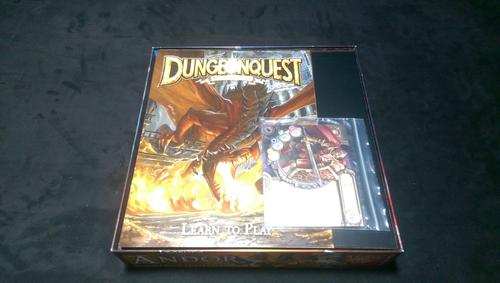 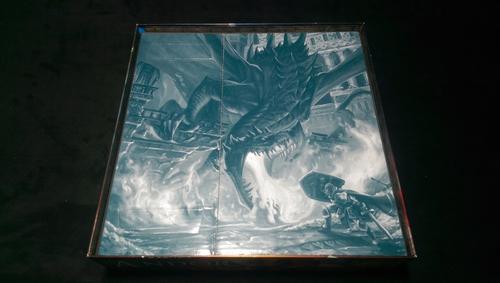 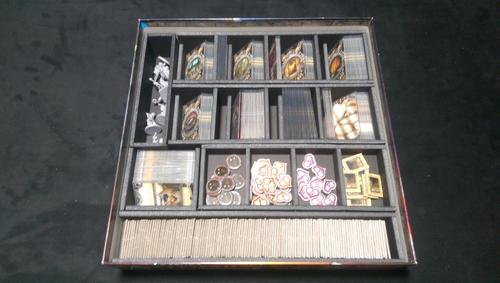 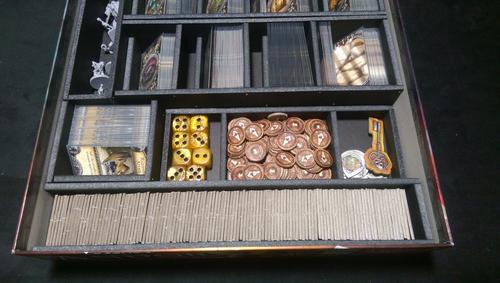 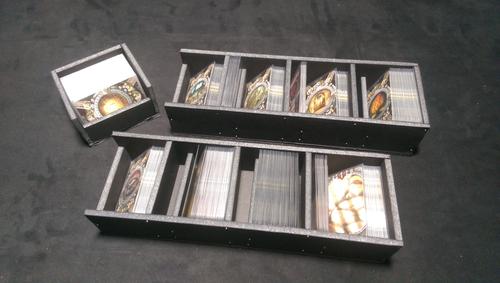 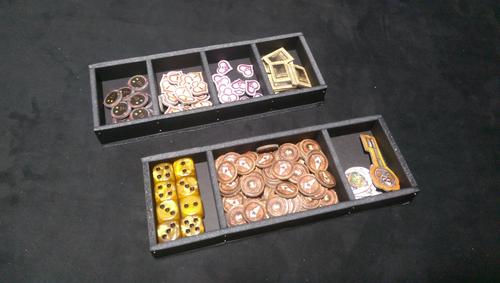 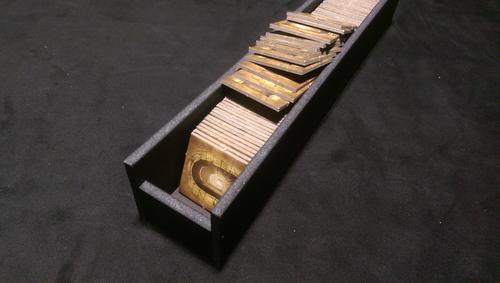