StarCraft: The Board Game 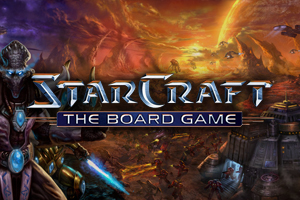 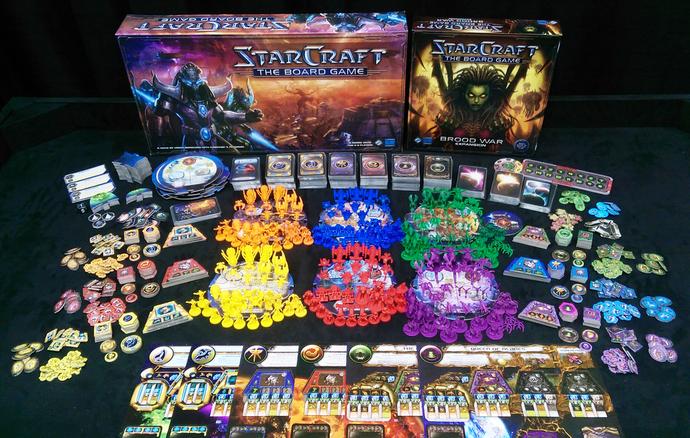 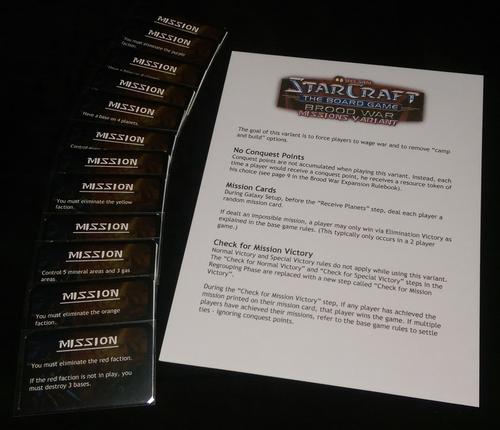 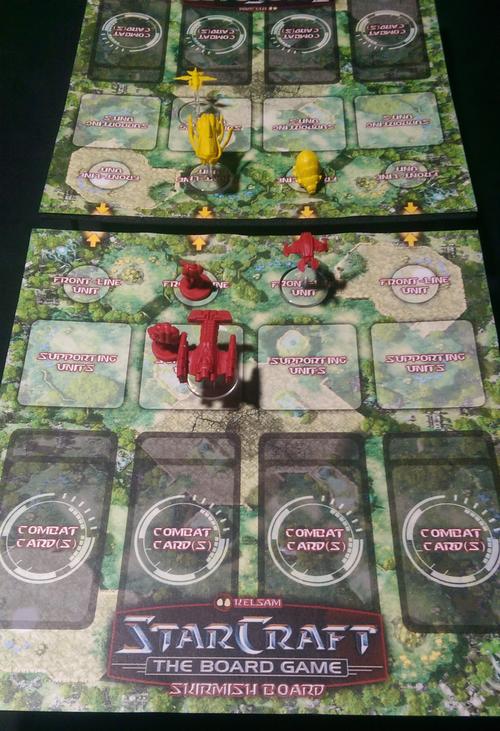 We found that in games with more than 3 players, our already very large table just wasn't large enough to comfortably execute combat phases with the rest of the game setup. So, we designed and created skirmish boards that have magnetic legs allowing them to be placed over the game area. We designed this graphic, printed it twice, and pasted it to two 11" x 11" squares of foam board. We then cut out spaces from the bottom of the foam board to allow for magnets to be placed inside, for the magnetic leg attachments. These legs were made from chopped up dowel, and can be seen in the insert photos in the expansion box.

StarCraft: The Board Game Insert Details

For this insert, we decided to store all the miniatures in the base game box and all the other components in the expansion box. Reason being, we wanted to have a lot of real estate in the base game box so we could make 6 identical large play trays for each faction. In the expansion box, we house all the setup compontents, as well as 2 play trays with the resource tokens, shield tokens, and depleted resource tokens. All cards are housed in a single tray separated by cardstock deviders. 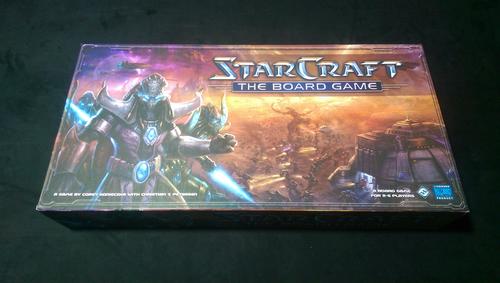 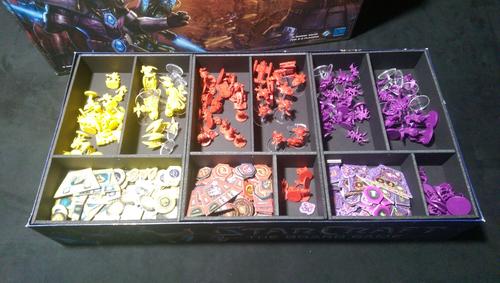 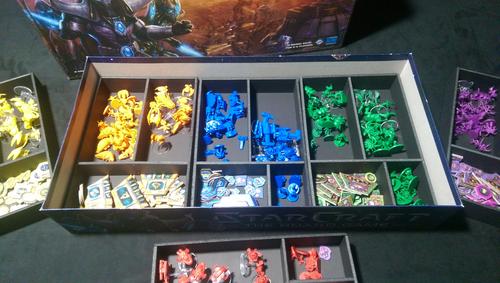 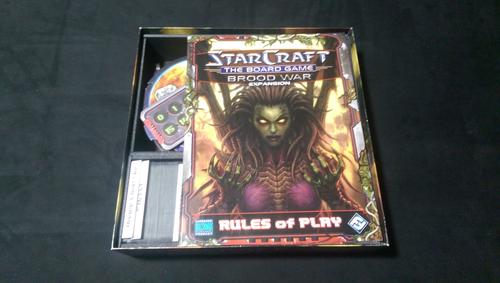 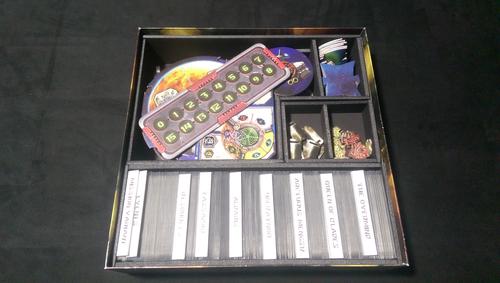 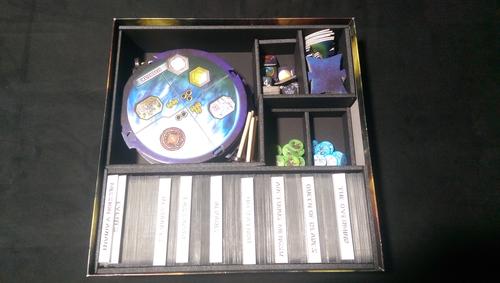 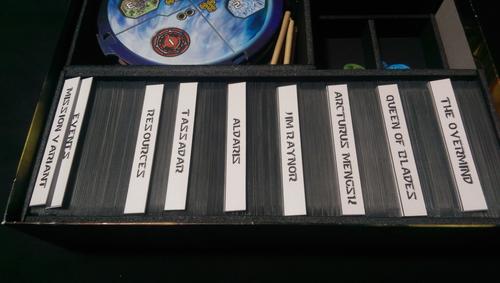 StarCraft The Board Game Rulebook