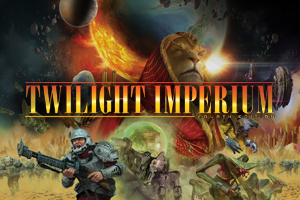 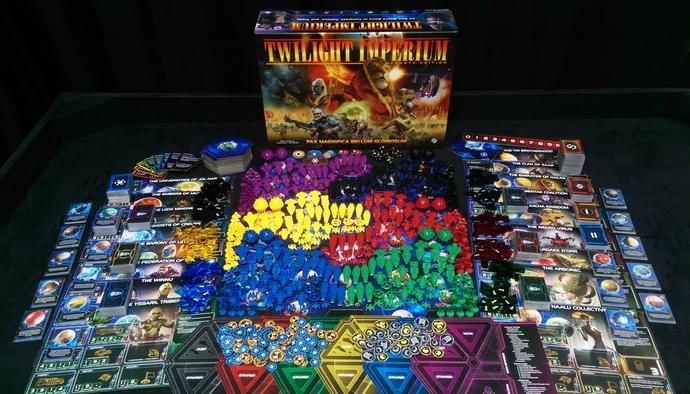 After getting our laser-cut command & control tokens, we decided to make a new insert for our TI4 set, since we weren't storing the faction-specific tokens anymore. This version features larger miniatures trays, and a setup cards tray. 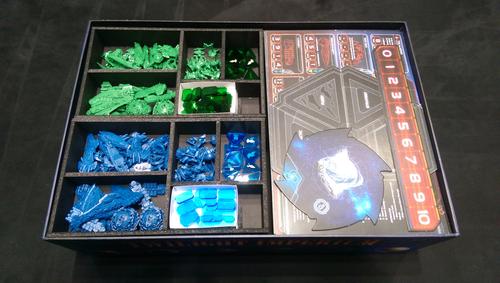 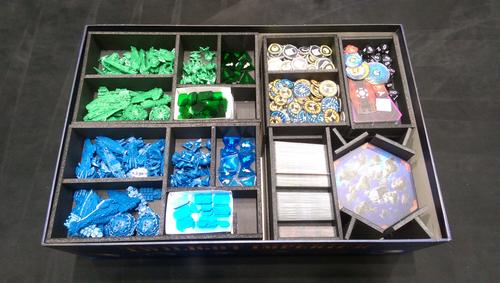 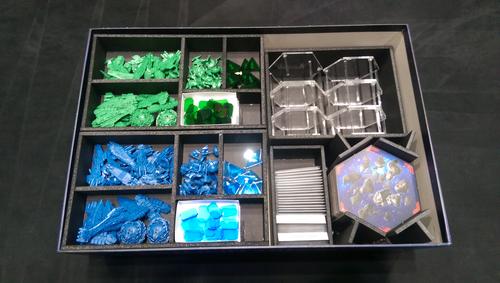 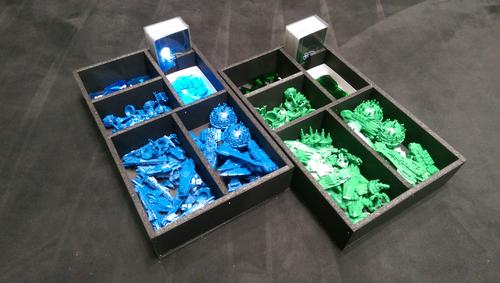 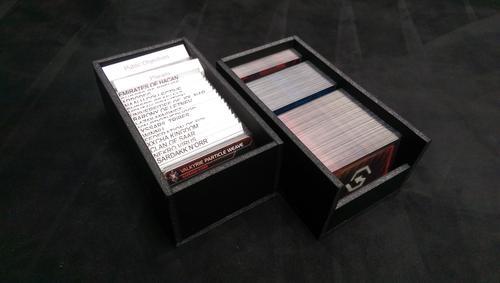 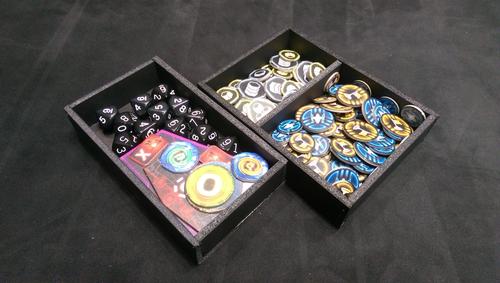 This insert took quite some time to plan and build. Using this insert we can get a game started very quickly. Once the galaxy is setup, each player just needs to take a tray of miniatures, pick a race, and collect that race's unique tokens and cards from its marked bin. The entire setup can be completed in just a few short minutes. There is one master "community" tray that houses the Action Cards, Agenda Cards, Objective Cards, Planet Cards, and non-unique tokens. Each component in this insert is designed to be very compact, taking up as little table space as possible. Let us know what you think! 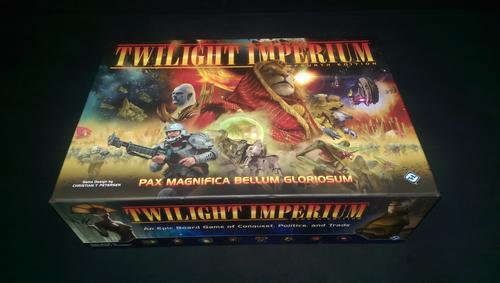 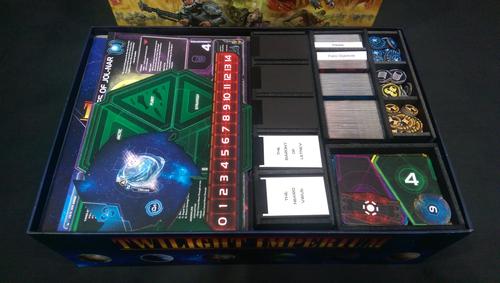 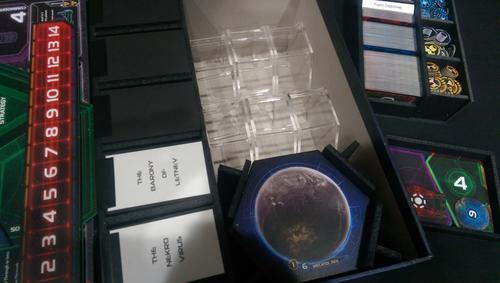 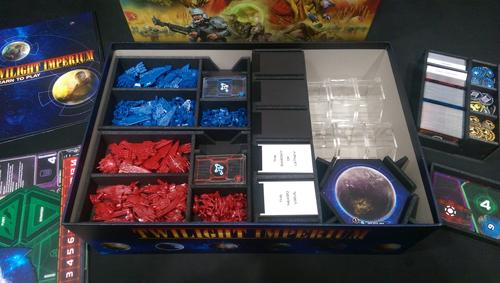 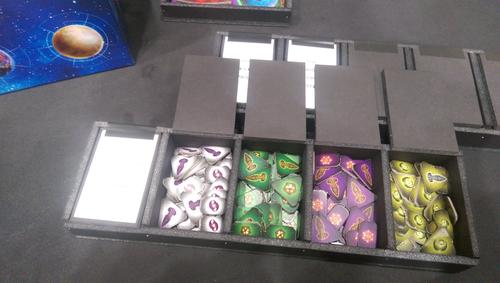 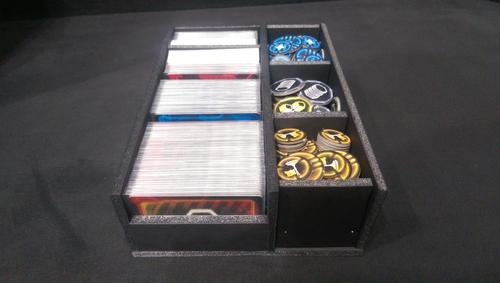 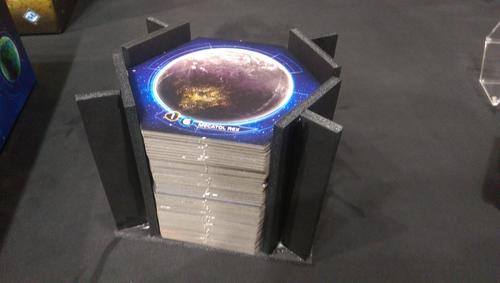 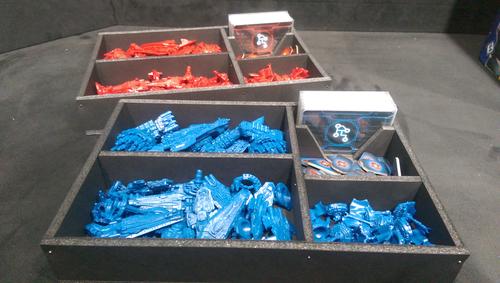 Want to make the most of your foamcore? You can try out these optimization templates, provided by Ledvolta.

Steve, from CustomGameBits, contacted us inquiring about using our insert schematics as a starting point to create a new TI4 insert product. After completing his design, he shipped us one! We're pleased to say it's really awesome and is designed to hold sleeved cards!

Faction boxes sit inside the player trays, with little ledges to hold them in place. In addition to the clip-in lid, which ensures that pieces are secured for storage, they also have a hinged front wall to allow unrestricted access to the tokes during gameplay. Gameplay token trays also feature the clip-in lid. All of the card trays (including the one in the player tray) have hinged bottoms with little stands that pop up to tilt the cards out of the box. This makes grabbing cards a breeze. The tilting components lay flat during storage. The planet tile tray has a hinged door that holds the tiles in place, and can be unhinged for easy use during setup.

Everything fits together well and was very easy for us to use. There are engraved icons and names to show where all of the components are designed to go. As an added bonus, these look really cool. The entire insert fits inside the box, with room for fleet stands. There were clear instructions provided to ensure that we knew how it was supposed to fit into the box.

Overall, the design of this insert was well thought-out. It showed a lot of ingenuity in terms of securing components for storage while making them easily accessible for use. There is no glue necessary for this insert, which we think is a huge bonus. We were very impressed with this insert from CustomGameBits and shocked to find it at such a good price. 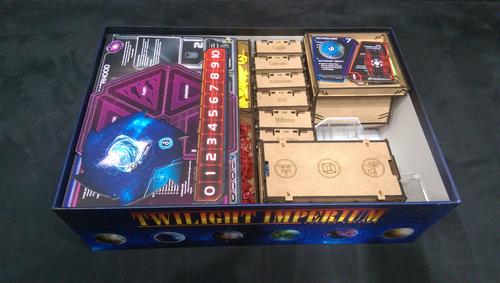 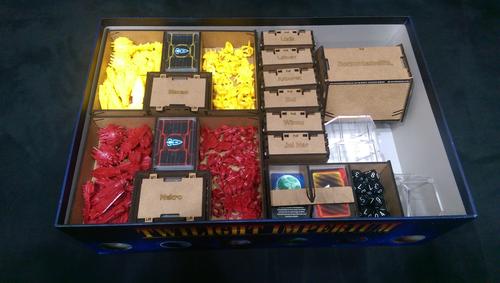 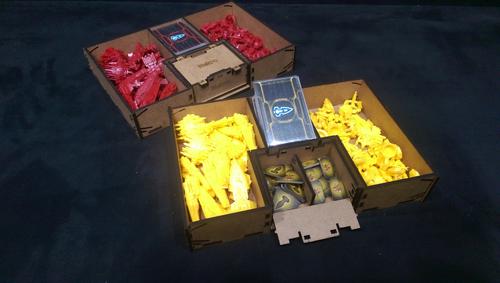 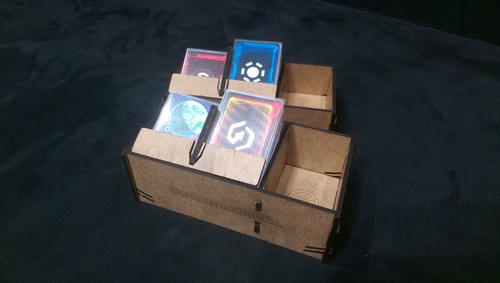 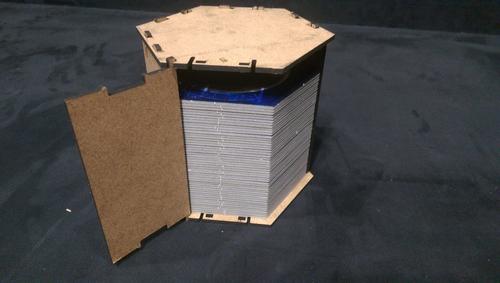 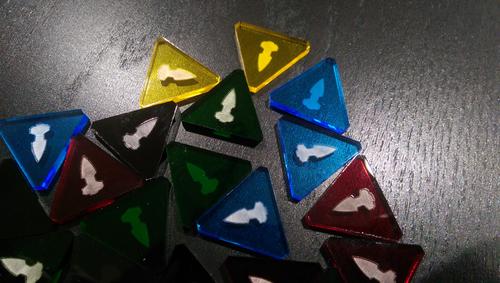 We have noticed that in some of our games of TI4, it can be difficult to differentiate command/control tokens and figure out which tokens belong to which players. This problem is made worse when there are several players with similar colored tokens, but different colored miniatures (which are easy to distinguish). To mitigate this, and save time during set up, we decided to design some laser-cut acrylic tokens to match each player's miniatures. They are the same shape as the current tokens, and have been laser-etched with a ship decal on one side, to ensure that you can still tell when they are designated as a player's fleet tokens. These tokens make it very easy to see which player controls which planets, and where they have placed command tokens on the board. They are thicker than standard race tokens for easier handling. They reduce confusion from similarly colored races, and just look really cool! 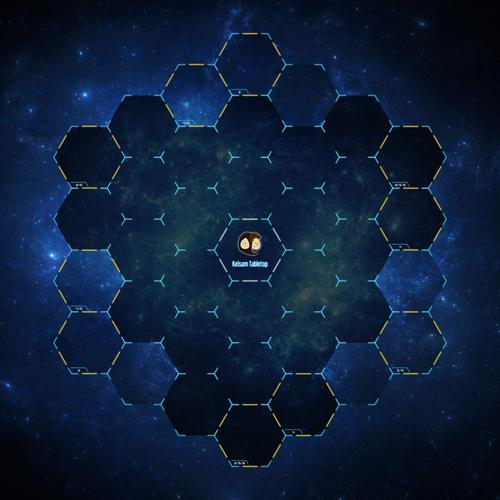 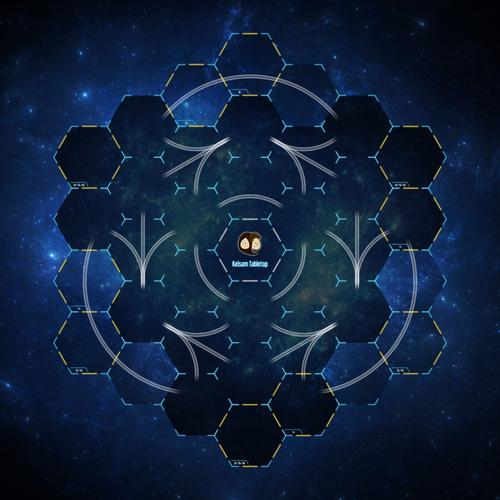 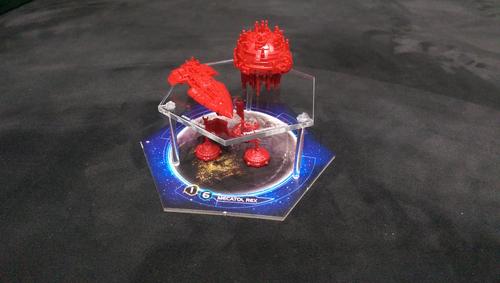