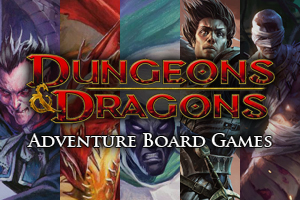 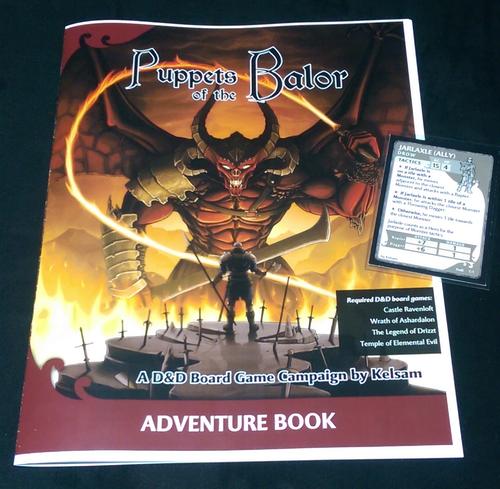 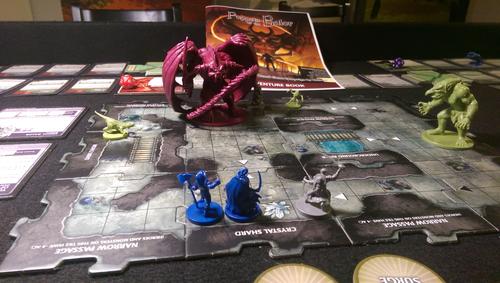 This "variant" is a new adventure book that we designed. It involves the first 4 D&D Adventure Board Games, but can be played with any number of them (Tomb of Annihilation wasn't released when we made it). Each of the adventures only uses 1 set at a time. So, you can just skip the ones that you don't own the sets for.

Puppets of the Balor came into being after we played the campaign mode in Temple of Elemental Evil and decided we wanted to construct our own campaign-style game involving all of our D&D games. In this campaign you adventure through The Forgotten Realms, taking on the roles of Drizzt and his companions, trying to determine the source of some evil occurrences.

Puppets of the Balor PDF
This PDF is 300 DPI and can be used to print your own booklet.

We haven't completed the insert(s) for the actual game sets yet, but we did make a custom box to store our heroes in so we'd easily be able to select any hero from any of the sets no matter which one we pulled off the shelf to play. 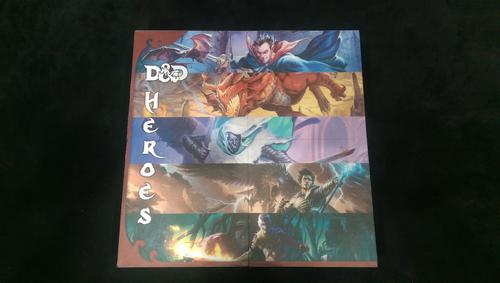 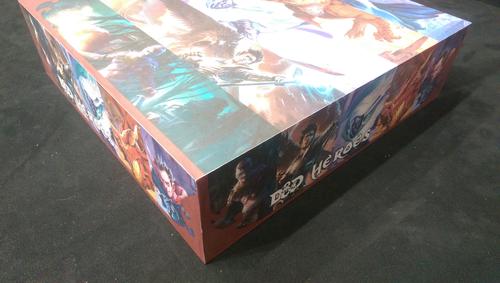 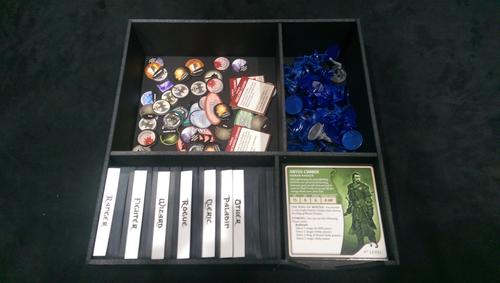