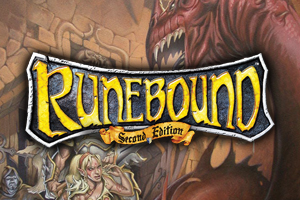 These rule variants are designed to streamline gameplay and make it much, much faster. To that end, players can level up much faster, aquire items faster, and not have dying be such a set-back.

We feel that visiting the market in Runebound 2nd, un-changed, is a bit of a waste of time. You rarely find anything useful for your specific needs and more often than not have to spend too many turns searching the market stack in a town. This is our approach to a wildly improved marketing mechanic. Instead of a single market stack, you have 6. Each stack has specific types of items and when you visit the market you have a level of control of what types of items you will find. We have also gone through the market deck, with all of the expansions, and removed any cards that we didn't feel were valuable enough to stay. Thus, helping to ensure that visits to the market are beneficial. 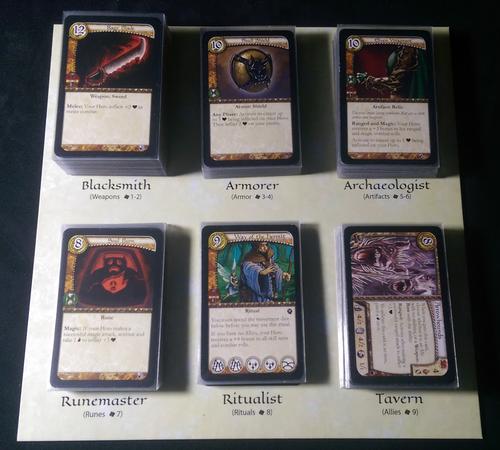 Provided in the variant's PDF are 2 pages so you can cut out a simple board for your market. However, if you'd like something a bit more substantial, you can have an actual board printed with this PDF, as seen here. Note: do not actually play with your market stacks faceup, this is just to show the different stack types.

Kelsam Runebound 2E Large Square Market Board
This file can be used to order this market board from TheGameCrafter. 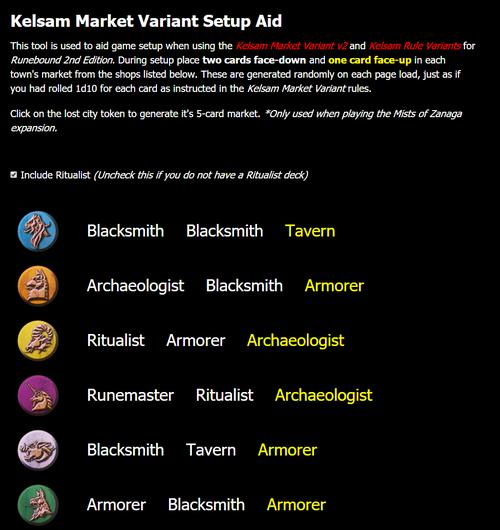 To be used with our market variant, we made this tool to ease the game's setup, since randomizing the markets at the start of the game becomes a bit more tedious with the new rules. 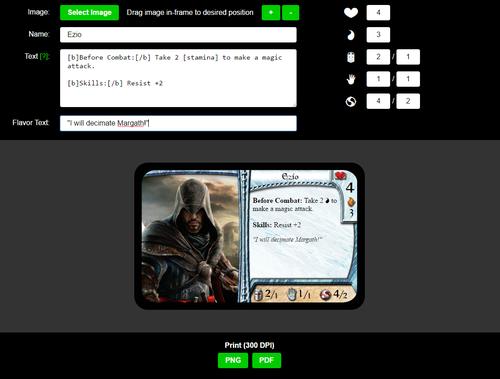 We have a couple player aids that we use with Runebound 2E. Firstly, we made an expansions icon reference sheet so we could easily see what content belongs to what expansion. Next, we have custom laser-etched movement dice and our Kelsam dice towers. Custom etched movement dice can be purchased here from our friend, BoardGameGeek user "Orph". 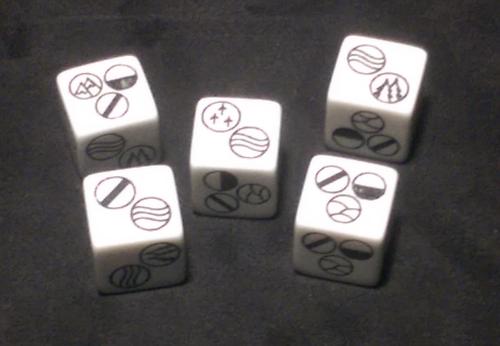 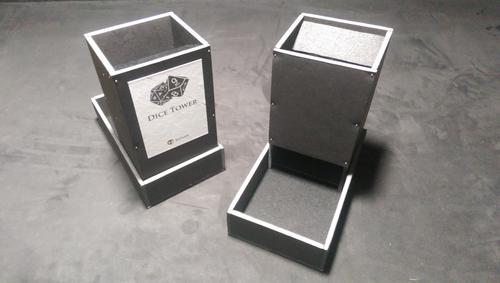 This insert design doesn't actually house all the market cards. We have culled our market a great deal, primarily due to our variants. We have found that we like to keep it thinned to having just the cards we find useful. This includes most of the highest level cards, as well as some mid-ranged cards. We've found that with our market and leveling variants, there is no need for the lower level cards. The un-used market cards, as well as a few PvP base adventure cards, can be seen in acrylic deck boxes in The Island of Dread and Midnight expansion boxes. 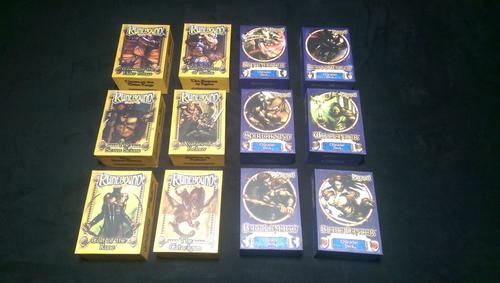 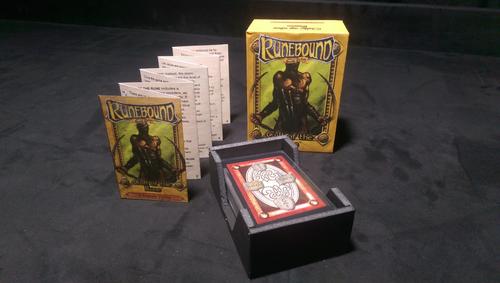 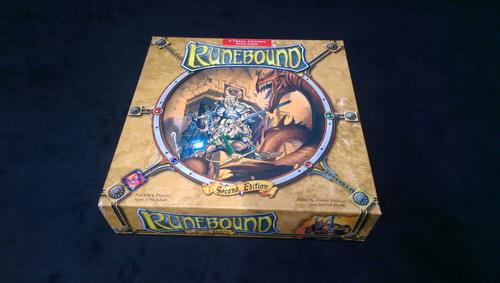 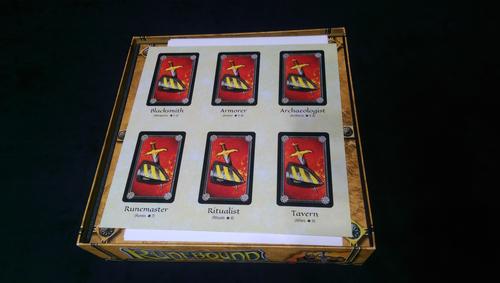 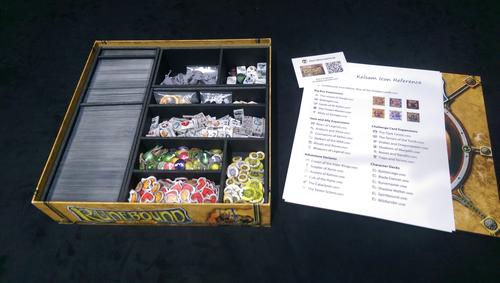 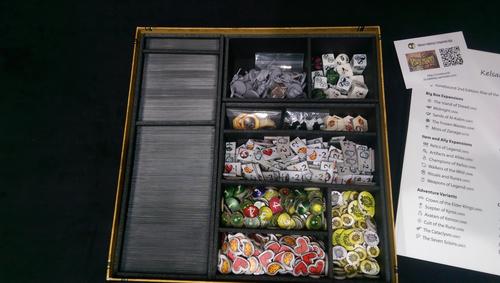 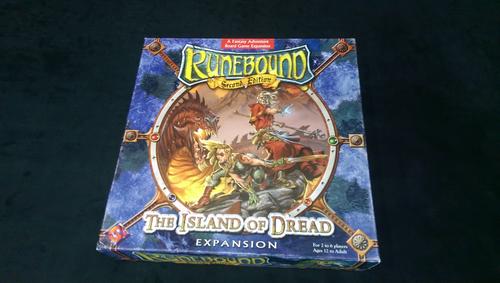 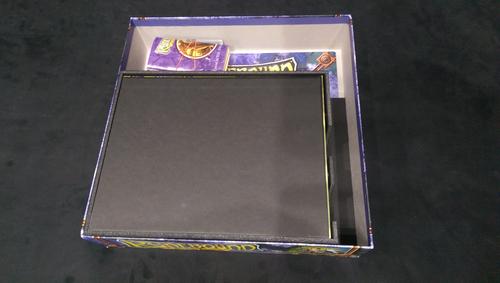 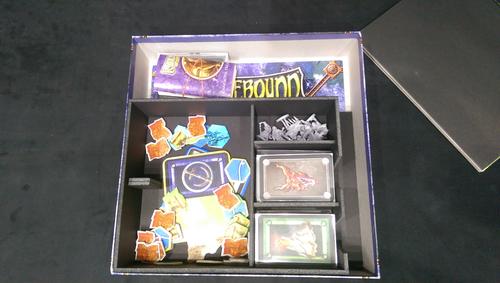 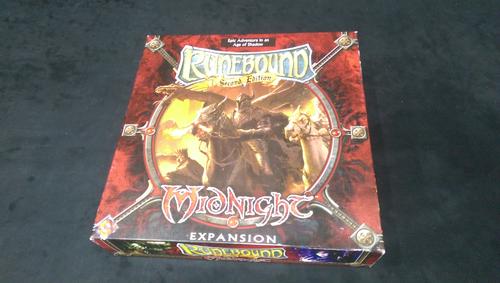 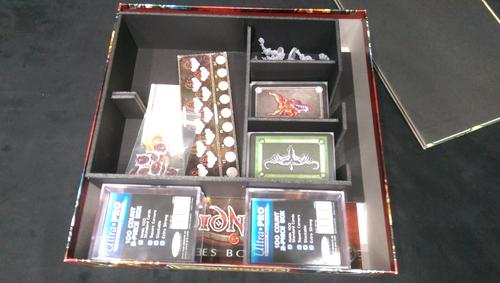 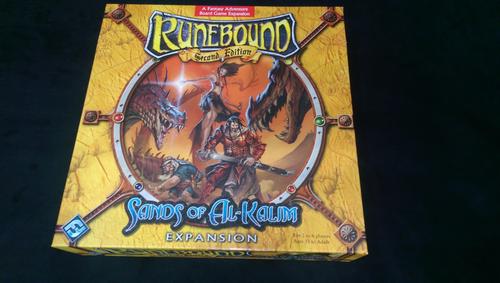 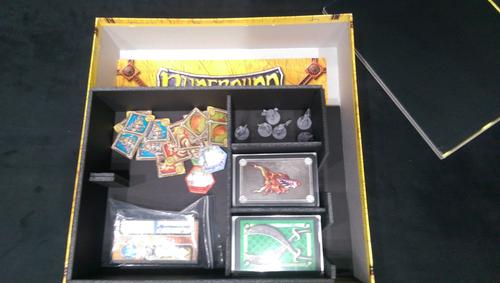 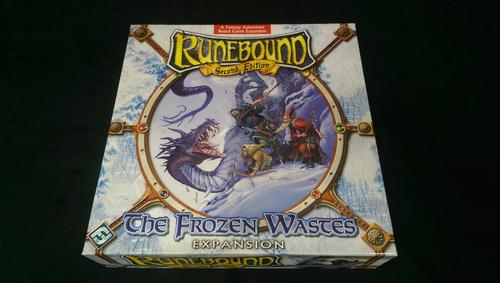 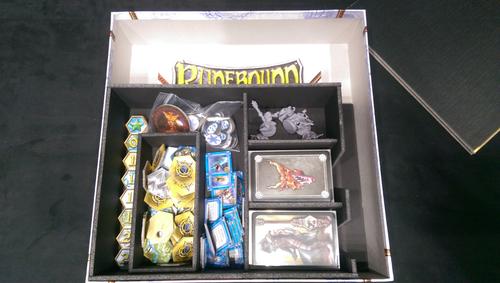 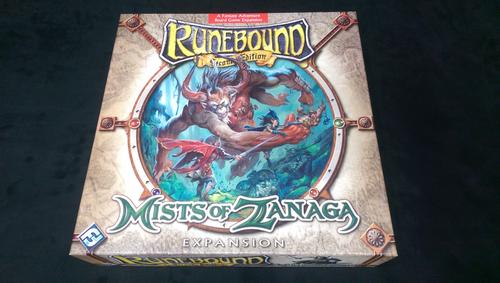 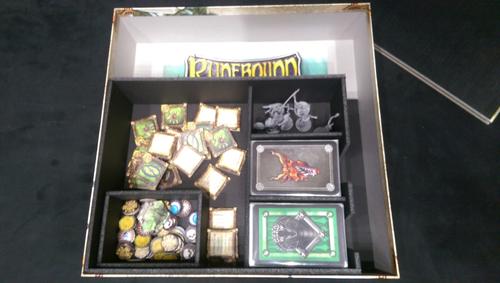